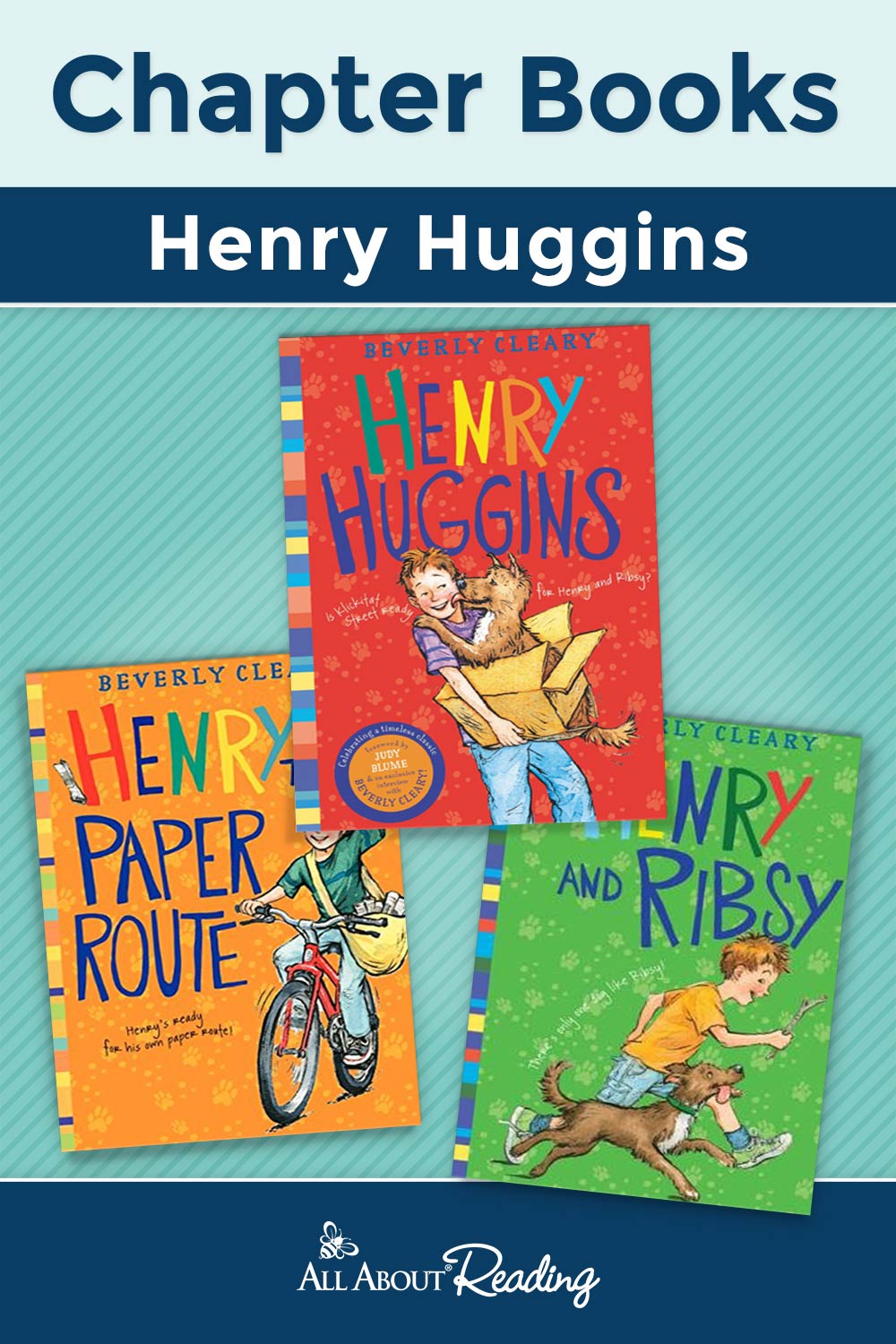 Thanks to her masterful ability to capture the essence of childhood, Beverly Cleary’s books have sold over 90 million copies and have delighted readers for over 65 years. If you haven’t yet made the acquaintance of Cleary’s charming Henry Huggins, you’re in for a special treat!

Who Is Henry Huggins? 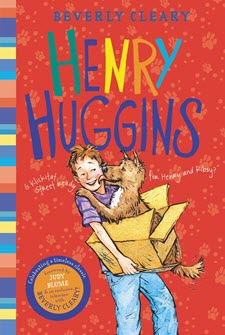 Henry Huggins is an ordinary boy who lives on an ordinary street, but his adventures are anything but ordinary. “Except for having his tonsils out when he was six and breaking his arm falling out of a cherry tree when he was seven, nothing much happened to Henry.” But all of that changes when Henry brings home a mischievous canine named Ribsy who becomes Henry’s devoted companion. Taking care of Ribsy is sometimes more than Henry bargained for, but luckily he’s up to the challenge.

Henry is an endearing hero with big goals and a tenacious spirit. And even when Henry’s dreams—like getting a bike and building a clubhouse—end up taking a bit of a detour on the way to their fulfillment, it’s always fun to go along for the ride.

Take our free Henry Huggins checklist to your local library!

About the Author and Series

Beverly Cleary is a well-loved Newbery Award-winning author of more than 30 books, including the wildly popular Ramona Quimby series and a delightful series featuring a motorcycle-riding mouse named Ralph S. Mouse. But long before Ramona and Ralph starred in their own series, Cleary was penning tales about an adventurous boy named Henry Huggins. In fact, Henry Huggins, published in 1950, was Cleary’s very first book. It was followed by five more Henry books over the next fourteen years. 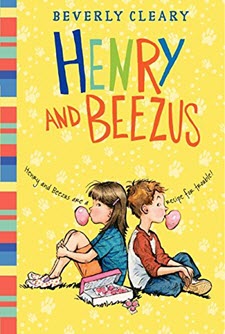 In Henry Huggins, readers are introduced to the indomitable young Henry and his dog, Ribsy. Henry has a penchant for turning ordinary activities into something memorable, and Ribsy’s troublesome antics only add to the adventure. Whether he’s gathering night crawlers to sell to fishermen or trying to cope with an overabundance of guppies in his bedroom(!), Henry manages to handle everything that comes his way, all while keeping an eye on Ribsy . . . usually.

In Henry and Beezus, Henry decides that he needs a bicycle. Thankfully, Beezus Quimby—with the “help” of her little sister Ramona—is around to provide ideas and encouragement as Henry looks for ways to add money to his bike fund. A windfall discovery of abandoned bubble gum puts Henry in a sticky situation, but the bubble gum is definitely more flavorful than the can of dog food that Henry almost eats on a dare!

Having happily achieved his bicycle goal, Henry moves on to a new dream in Henry and Ribsy. He wants to go salmon fishing with his father, but there’s a catch: Henry must keep Ribsy out of trouble for nearly two months. As Henry discovers, this is more easily said than done. A Ribsy-related issue involving garbage causes Henry some grief, but all the stress is worth it when Henry embarks on the fishing trip and lands an unexpected surprise.

The Henry Huggins Series at a Glance

Other Books in the Series

Do your kids need extra encouragement to read?

Take our Henry Huggins Series checklist to your local library and have your child check off the books as he reads them.

Thanks for the reminder about these books. I loved them when I was a kid and I think my students will enjoy them too. I can’t wait to read them to my kids.

You’re welcome, Lorraine. One of the joys of parenthood is being able to share things you loved as a child with your own children!

Hi… favor… when you do book reviews could you please also suggest what AAR level the book would be appropriate for? Thank you.

Sarah,
I will pass this suggestion along, thank you!

Henry Huggins would be a good fit for many students in All About Reading 4, although some students might be ready for it earlier and some might find they need to build up their reading stamina after AAR 4 before finding this book at a comfortable level. However, our book review suggestions are always great for read alouds for you to read to your student too!

I will for sure check these books out!

We’ve read through several of these books and my girls absolutely love them!!

Paula,
Thank you for letting us know these books were well loved by your girls!

Great recommendation! Thanks so much!

We are really enjoying your posts about books and have had great fun reading many of the titles! Thank you so much!

Nichole,
We’re so pleased to hear that you have enjoyed many of the titles we have reviewed! Thank you.

My son loves the Henry Huggins books. They’re so fun!

My son likes Ramona, so we’ll check this out, thanks!

Lydia,
If he likes Ramona, he’ll like Henry too! Enjoy!

My son is still a little young for these ones, but I’m pretty sure he’ll like them when he gets older.

I have not see the Henry series but we loved Ramona. We will check this out!

We love Henry!
Thank you for all of the book suggestions!

My son loves these books!

My boys (10 & 7) LOVE the Henry Huggins books. They now look for any and all Beverly Cleary books when we go to the library.

It is such a joy to find an author you love! Beverly Cleary is such a great author.

Thank you for the suggestion. We have been beginning to search for series’ to introduce our budding reader too.

We read the Henry Huggins books when my 16 year old son was young and can’t wait to share them with our younger son!

We are huge Henry Huggins fans!

I appreciate the recommendations for reading.

I’d love to try this out!

We just finished these on audiobook! My boys 7&5 loved them, and my 9 yo girls did too!

My grandson will love these.

We just finished this one a month or so ago! We loved it! We are on the waiting list for the others in his series from the library! Can’t wait!

Holly,
We are happy to hear you enjoyed the first book in this series!

My little one is so close to finishing pre-reading. I can’t wait for her to reach this stage of reading. She loves story time and she is into reading classic chapter books with me.

Thank you for all the book suggestions!

This looks like a fun series for my almost 8 year old son who just got a new puppy of his own. We loved the Ramona series, but have never read the Henry books. Thanks for the awesome book suggestions!

Melisa,
Oh, with a new puppy in the house you are going to get a kick out of Henry’s dog, Ribsy!

This is on our read aloud list this year. Looking forward to seeing how the kids enjoy it. Thanks for book suggestions!!

I was just putting my library together and Henry was one of my books. Great for my boys.