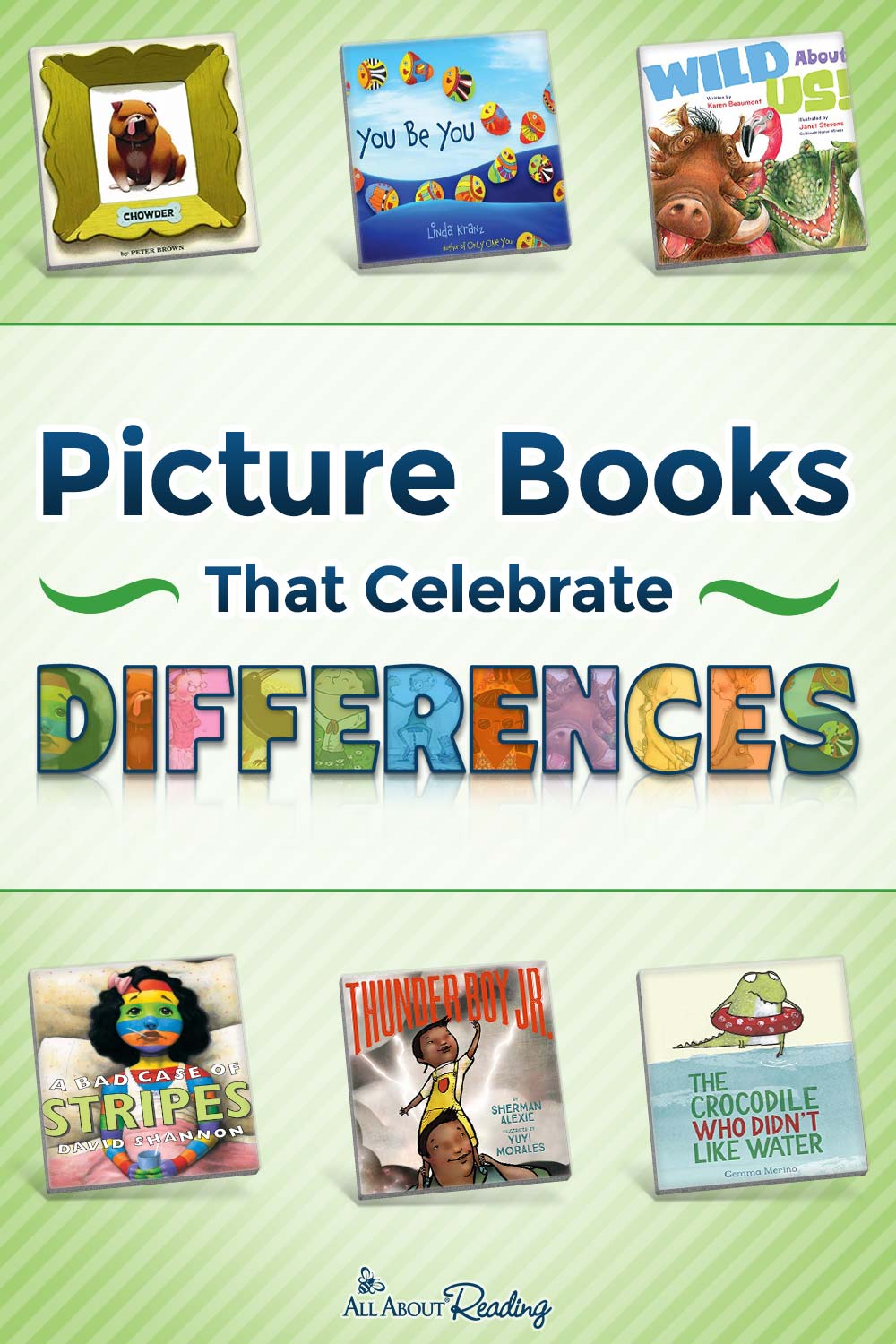 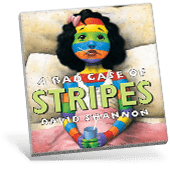 A Bad Case of Stripes
by David Shannon

Camilla loves lima beans, but she wants to be just like all the other kids, even if that means never eating lima beans again. Then one morning Camilla wakes up with a bad case of stripes, and no one can figure out why. Maybe what Camilla needs is just to be herself...and maybe what she needs is a big plate of lima beans. 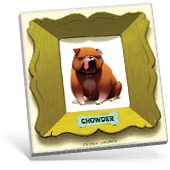 Chowder isn’t normal; everyone says so. That is, everyone except his owners. When Chowder is out and about, all he gets are strange looks. At home, he’s happy and content, even if he is kind of lonely. So when Chowder discovers a way to make friends, he jumps at the chance. Literally. 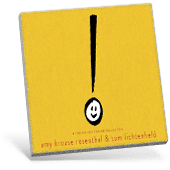 Sometimes it’s hard to fit in, but it’s especially difficult when you’re an exclamation mark on a page full of periods. No matter what he does, Exclamation Mark just seems to stand out. But then he meets a new friend and begins to realize that standing out may not be so bad after all. In fact, standing out is FANTASTIC! 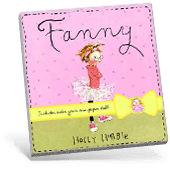 Fanny wants a Connie doll just like her friends have. In fact, it’s all she wants for her birthday. Fanny begs and pleads, but her mother is firm. Connie dolls are “just too … much.” So Fanny decides to make her own doll. Annabelle isn’t at all like the Connie dolls, but Fanny made her, and that makes her marvelous. 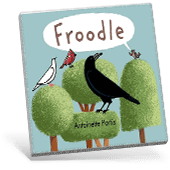 Everyone knows that dogs say “woof,” cats say “meow,” and birds say “peep.” They certainly don’t say “froodle” … or do they? Things get a little silly in the neighborhood when a little brown bird has trouble figuring out exactly what he’s supposed to say. But soon even the crusty old crow is joining in on the fun! 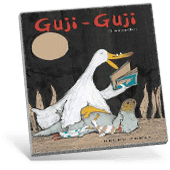 When a young crocodile finds himself (quite by accident) being raised with a family of ducks, you might expect things to go from bad to worse. After all, ducks and crocodiles usually don’t mix well. But when Guji Guji meets three hungry crocodiles, he has the chance to prove that he is not an ordinary croc. 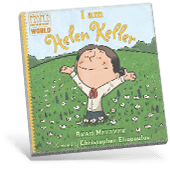 I Am Helen Keller
by Brad Meltzer

Many people didn’t think Helen Keller would ever be “normal,” but Helen was a very determined young lady. She certainly wasn’t going to let the fact that she couldn’t see or hear stop her, and with the help of a selfless and equally determined teacher, Helen accomplished more than anyone ever thought possible. 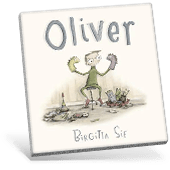 Written for “all those who have ever felt a bit different,” Oliver‘s title character doesn’t mind being different. He loves his friends, and he loves the adventures they share in the wilds of his imagination. And just when Oliver begins to worry about his differences, he discovers the most wonderful adventure of all. 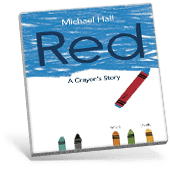 This adorable book offers a very sweet reminder that crayons (and people!) are sometimes too quick to believe labels–because even if the label says red, what’s inside might not be. So if you’re a blue crayon stuck in a red label, stop trying to be red! After all, it’s what’s on the inside that matters, right? 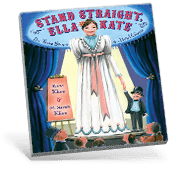 Ella Kate didn’t look like everyone else. She was a giant! By the time Ella Kate turned 13, she was more than six feet tall. And let’s face it, being different isn’t always easy. But Ella Kate discovers something wonderful–that being different can open doors to a world that a “normal” person might never get a chance to see! 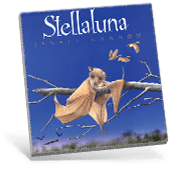 After dropping from the sky and landing in a bird nest, a young bat begins to feel right at home with her new family. And though birds and bats have some things in common, they also have many differences–but that doesn’t stop these accidental siblings from being friends. “How can we be so different and feel so much alike?” 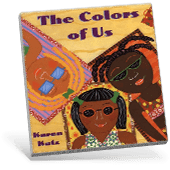 The Colors of Us
by Karen Katz

Brown is brown, right? Well Lena’s mom doesn’t think so, and she wants Lena to discover just how many shades of brown there are. Maybe a walk around the neighborhood will help! As Lena and her mom walk and talk, Lena sees lots of people. The Colors of Us reminds readers that though we’re different, we’re also alike. 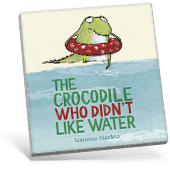 The Crocodile Who Didn’t Like Water
by Gemma Merino

It’s hard when you’re a crocodile who doesn’t like water–hard and lonely. And although the crocodile in this story tries to like the water, all he really wants to do is climb trees. Everyone knows that crocodiles aren’t supposed to climb trees … so maybe this crocodile isn’t really a crocodile at all!

The Sandwich Swap
by Queen Rania of Jordan Al Abdullah

The sweet watercolor illustrations in The Sandwich Swap provide the perfect setting for the story of two best friends, a peanut butter and jelly sandwich, a hummus and pita sandwich, a food fight, and the realization that sometimes you have to try something to know whether you like it or not. 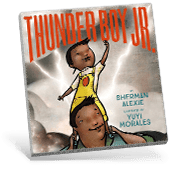 Like lots of boys, Thunder Boy Jr. is named after his dad, but this boy isn’t happy about it. He doesn’t like his name, and he doesn’t want to be called “Little Thunder” because it makes him seem small and unimportant. Thunder Boy Jr. wants a name that reflects who he is. Maybe he’ll just go out and get a new name! 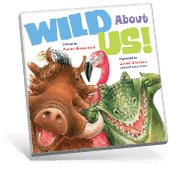 Wild About Us!
by Karen Beaumont

Maybe it’s time we all learned a lesson from the warthogs, rhinos, and flamingos. They’ve all got something about them that isn’t … well, normal. The warthog has warts, the rhino has wrinkly skin, and the flamingo has pink feathers. But that doesn’t matter! “They’re all a little different. And they like it that way!” 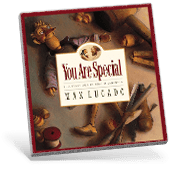 You Are Special
by Max Lucado

In Wemmickville, the Wemmicks give shiny gold stars to all the handsome and talented wooden people. Punchinello isn’t particularly talented and his paint is chipped, so he gets dots…ugly, gray dots. But then Eli the woodcarver reminds Punchinello that he is special–and that’s when something amazing happens. 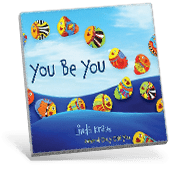 You Be You
by Linda Kranz

As Adri swims home after an exciting day of exploring, he notices something. He sees lots of fish in the sea, and they’re all different–big fish and tiny fish, colorful fish and plain fish, fish that swim up and fish that swim down. “There are so many of us!” Adri says. “We all have something special that only we can share!”

Picture Books that Celebrate Differences Recommended by Our Readers

Do you have a favorite picture book about celebrating differences? Please share it in the comments and I’ll add it to our Readers’ Picks list!

Looks like a great list! Look forward to reading some of them with my kiddos. Thank you for sharing this!

Melanie,
I hope you and your kiddos enjoy these books!

Thanks for the list – couple my girls already love

Such a great list! We have read a few of these and loved them (Stellaluna is our favorite!) :)

Thanks for the awesome books. Great for DL support

I appreciate the list, a few chapter books that would fit the list… “Wonder,” “fish in a tree” and “Brown Girl Dreaming.”

Thank you for these recommendations, Nicole!

Stellaluna is such a lovely book, glad to see it made the list!

These are great! Thanks for sharing

Love this. There are a lot on here that we haven’t read yet! Bringing this to the library with us next week.

Corrine,
I hope you can find a lot of new books to love at the library next week with this list!

Wonderful suggestions! Thank you for this post. There’s a couple of board books we have loved when the kids were tiny, Carry Me and Global Babies. They show pictures of moms and dads and babies from around the world.

Lisa,
Thank you for the recommendations. These sound like sweet books.

We love A Bad Case of Stripes and Stellaluna! Definitely going to check out some of the others!

Stella Luna is one of my kids’ favorites!

I definitely need to read some more of these to my guy. He so far doesn’t notice differences but I’m sure a day will come.

Thanks for this list. I plan on picking up a few.

We should all celebrate our diversity

My kids would love the crayon one!

Was a little skeptical at first since so many organizations nowadays are trying to normalize gender confusion. These all look like sweet books though! I will hang on to this. Thanks AAL for a good book list (without an agenda). ;-). Refreshing!!

We read Not Your Typical Dragon and A Bad Case of Stripes consistently because my kiddos love them! We enjoy talking about how we can embrace everyone’s differences. I will be printing this list!

Laura,
It’s great to know that your kiddos would recommend these two titles at least. I hope they enjoy the rest of them as much!

I’m hoping this program will help me give my son a love for reading and spelling like I do. Love the list, thank you so much.

This is such a great list of books. I think the only one we’ve read so far is “you are special” by max lucado. I will have to look at some of the others.

Angela,
It seems that You Are Special is especially well known from this list. Of course, Max Lucado is a fairly famous picture book author, so it makes sense that his book would be more well know.

Love love this, thank you for the resource.

We’ve all learned so much from All About Spelling, I’m thinking All About Reading will be a help to our younger kids that we were planning to teach with other methods.

So important for books to show diversity