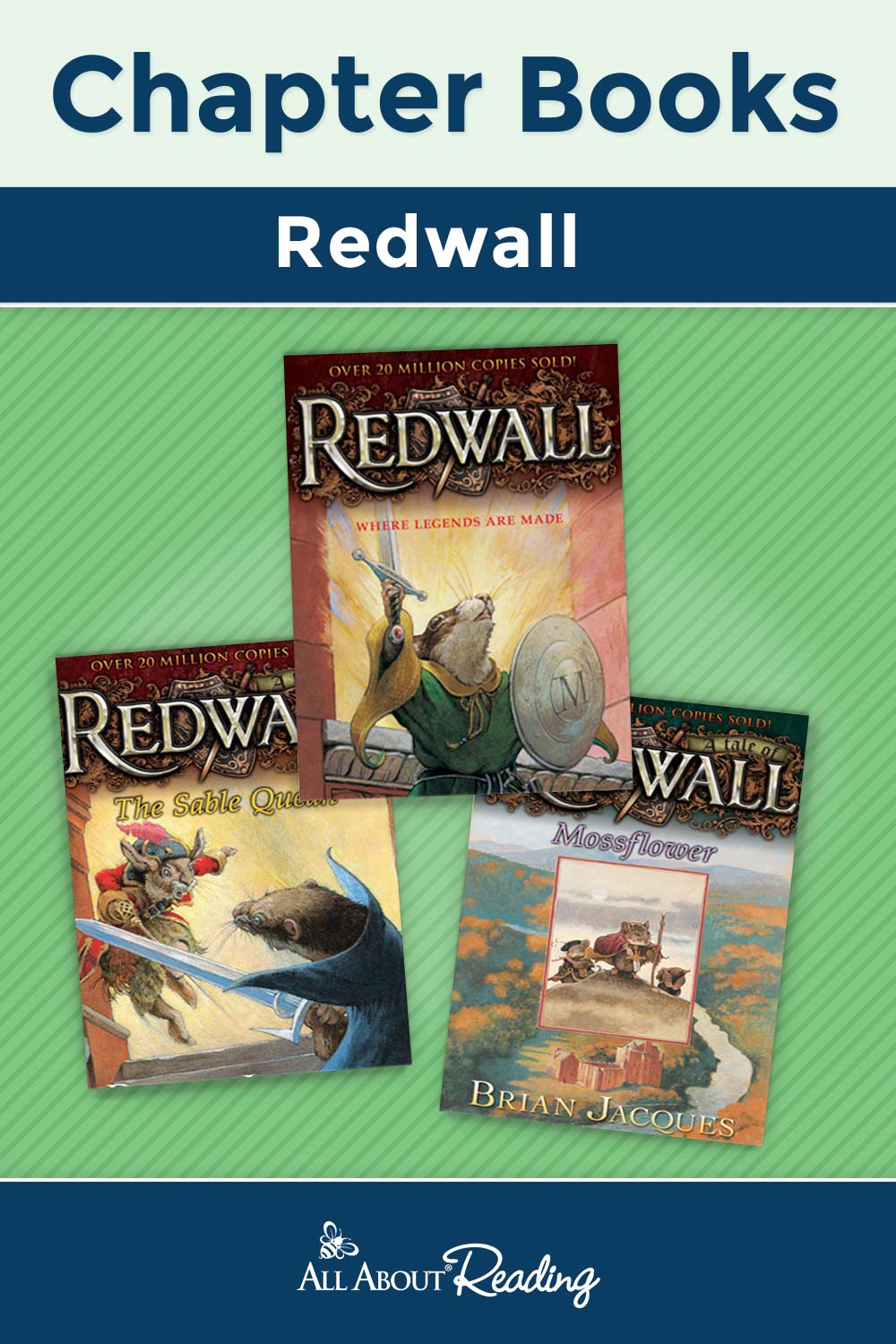 Are you looking for a classic series to add to your family read-aloud time? Do you have a child who loves animals and epic adventure? If your family loves The Chronicles of Narnia or The Hobbit, it’s time to take a look at the Redwall Series! 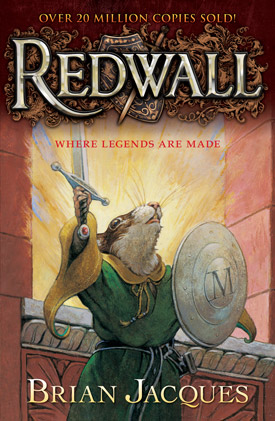 Redwall is an impressive red sandstone abbey in Mossflower, a fantasy world filled with talking woodland animals and page-turning adventure. The creatures that live at Redwall are known throughout the land for being peaceful and helpful. But just as in real life, things are not always calm for these peace-loving animals. Inevitably, trouble finds its way to the abbey, and readers are whisked off into an imaginary world full of humor, mind-bending riddles, intrepid heroes, and rabble-rousing villains.

Take our free Redwall Series Checklist to your local library!

About the Author and the Series

British author Brian Jacques grew up in Liverpool, England, and was greatly influenced by the writings of celebrated authors like Arthur Conan Doyle, Kenneth Grahame, Sir Thomas Mallory, and Daniel Defoe. He discovered his own talent for writing when he was just ten years old. The many different jobs Jacques held as an adult influenced his writing and helped him create action-packed journeys for his readers.

Children who enjoy epic battles and knightly quests will love the Redwall series. The flowery language may be hard for modern readers at first, but then the story takes over and draws the reader in. And since battles are an integral part of the series, the description of some scenes may be too intense for more sensitive readers. But Brian Jacques is an expert at character and plot development, which is one of the reasons readers will keep coming back to read more and more of this 22-book series. 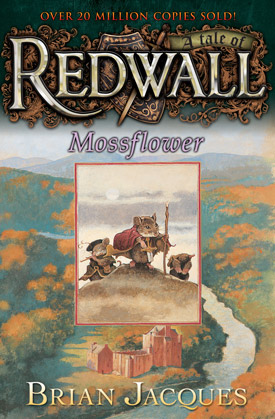 In Redwall, the first book in the series, readers meet Matthias, a young mouse who yearns for action. Redwall is normally a place of peace and calm, but Matthias is determined to fight off Cluny the Scourge, a wicked rat who longs to claim the abbey for himself. Eventually the abbot realizes Redwall must indeed be defended, and he places Matthias and Constance the badger in charge of protecting the abbey. Matthias’ adventures begin with the quest to find the sword of Martin the Warrior, the original defender of Mossflower. Will Matthias find it in time? Will he be able to save his friends?

In book two, Mossflower, the reader is taken back in time to discover Martin the Warrior’s story. Besides introducing readers to the ancestors of some characters from the first book, Mossflower explores how Redwall came to be and ties together some loose ends for the reader. But as in Redwall, it’s the action that keeps readers turning the pages. Will Martin outsmart the evil wild cat Tsarmina? Whose plot will succeed in the end?

Matthias’ headstrong son Mattimeo takes center stage in Mattimeo, the third book in the series. Like his father before him, Mattimeo doesn’t fit the mold of abbey mouse. His propensity for mischief lands him in trouble on a regular basis. When Slagar the Fox kidnaps Mattimeo and the other children of Mossflower, readers are drawn into the children’s plight from two different angles. What will Matthias and the other parents encounter in their attempt to rescue their children? Will Mattimeo and his comrades be able to escape?

If your child loves the first book in this series, there are twenty-one more for him to enjoy. So beware–you may find yourself engrossed in the world of Redwall for quite some time!

Redwall at a Glance 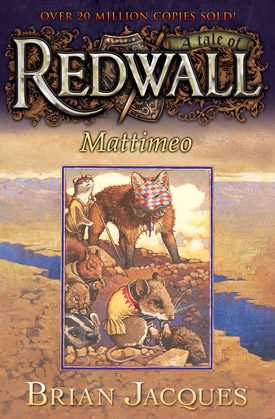 Do your kids need a little extra encouragement to read? Take our Redwall Series checklist to your local library and have your child check off books as he reads them.

My older son enjoyed a lot of this series at age 11. They do seem to get more intense as the series progresses! We got to book 9, and plan to return to the series at some point.

Thank you for sharing this, Erica. Good to know.

I remember some of my students bringing these books into class for extra reading time. They were passed around as well. Now I have children of my own. The oldest is a great reader…but my second suffers from dyslexia…so a worthwhile plot would be a great incentive to read out loud especially if I say the oldest does not get to read before him! Thank for your efforts to create the company and help moms and children!

You’re welcome, Stephanie! And I hope your children enjoy this series as much as so many others have.

I think my daughter would love this series. Thanks!

I think my daughter would love this series! Thanks!

I’ve seen these books but haven’t brought them home. Perhaps we will give them a try. My kids do love Narnia. Thanks for the write up about them.

You’re welcome, Jamie! I hope you enjoy them.

Thank you for the recommendation! This will be a great series to try with my son.

You’re welcome, Kayla! I hope he enjoys this series.

Redwall book are some of my husband’s favorites growing up and he still listens to them on audio! I’ll have to pull some of these out of storage and read them to our kiddos !

One of my sweetest pleasures as a parent has been sharing books I loved as a child with my own children! It’s wonderful that your husband can share his enjoyment of the Redwall series with his children, Whitney!

I can’t wait to read these books with my kids :-(

I hope your family enjoys these, Allison!

Thank you for the recommendation! My kids are a little young, but I might have to check them out for myself in the meantime! :)

I know what you mean, Lydia! I have enjoyed so many children’s novels as an adult.

Looking forward to using this program

My kids love these books!

I LOVE the Redwall series. But I will agree, they can be too intense for younger children.
I inherited almost the entire series in paperback form and I am so glad we have them.
Even as an adult, I laugh and cry in the same book, and the stories really draw me right in.
Highly recommended by me!

Thank you for the high recommendation, Amie!

Now that my youngest are old enough for these, I think it’s time to get on the short term list!

I hope you have a lot of enjoyment with this series!

Thanks for this suggestion!! My kids love read aloud time so we will add this series to our list!

Great, Shelle! I hope your kids love this series!

We tried the Redwall series after we finished the Narnia Chronicles when my daughter was 9, but we had a hard time keeping her interested. It has been a few years. I think we will try again!

Yes, I think the Redwall series is a bit more complex, Karen. I’d love to hear if your daughter enjoys it this time.

Feel like I was tricked!
I am looking for the Redwall audio series!

SM,
Audible, owned by Amazon, has the Redwall series on audiobook. However, also check our local library system. Many US library systems are now offering digital checkouts of audiobooks free with your library card number. My local library is very receptive to getting new audiobook titles that are requested too.

I am loving these chapter book reviews and lists! I’ve found some new stories I think my children are going to love! Thank you!

I’m excited that our chapter book reviews are helping you find books your children are going to love, Amber! ?

I read Narnia with my older one when he was younger, but I suspect my younger one won’t be as interested. I might try Redwall with him instead since he does like animals.

Lydia,
Redwall is a great series, but if you would like another suggestion for a fantasy story starring animals, also look at our Green Ember review. There are so many great books out there; I hope you find one your younger child will love!

These sounds great. thanks!

Thank you for your thoughtful ideas!

What a great recommendation!

This is something my daughter would love! Thanks for the review.

My son loves adventure series and mice (thank you, Stuart Little), so this looks like a perfect series for us to enjoy together. I will also have to check out the cookbook!

Shelley,
If your son loves mice that go on adventures, he might like the Mouse and the Motorcycle and The Tale of Despereaux. It does seem there are lots of mice having adventures in literature!

Thank you for the great tips!