The “No Gaps” Approach to Reading and Spelling 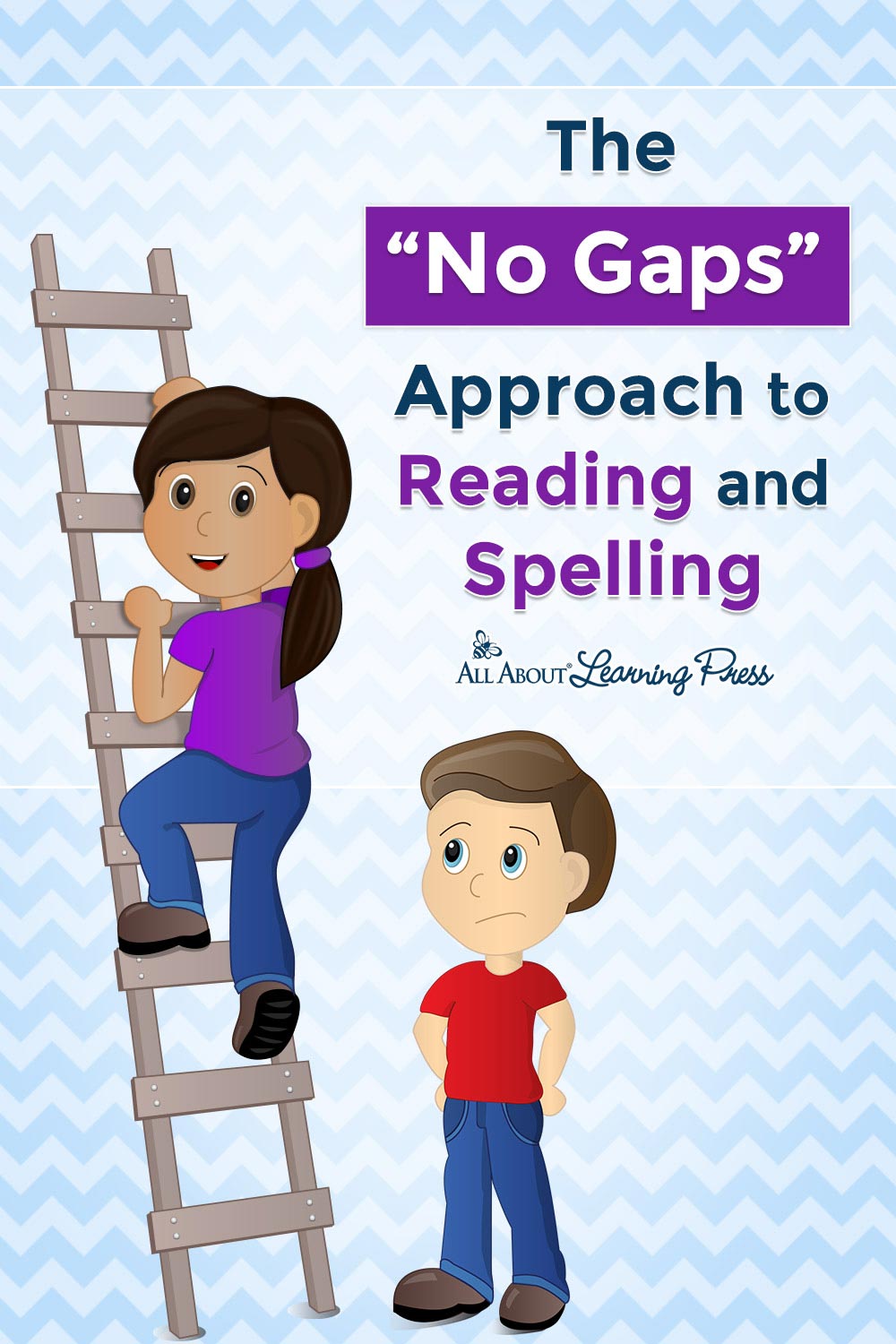 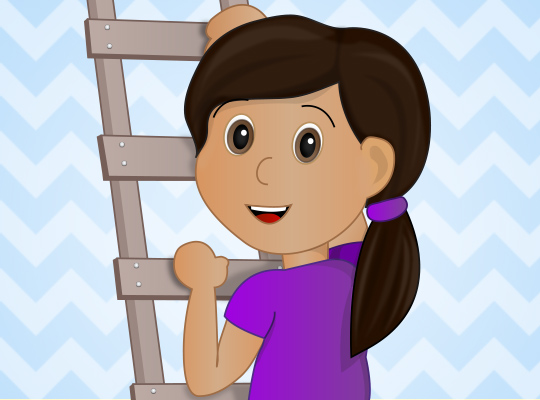 Does your child have gaps in reading and spelling?

Hundreds of thousands of children struggle to learn to read and spell. They spend hour after tiring hour being fed information, only to eventually be tagged as “unable to read” or labeled with a learning disability that keeps them from being able to spell.

It’s hard to believe, but according to statistics reported in 2019, more than 60% of fourth graders in the United States were reading below proficient levels.1 2

Let’s think about that for just a moment.

However, these grim statistics don’t tell the whole story.

More often than not, the problem doesn’t actually lie with the child. Most reading and spelling problems are caused by gaps in the reading or spelling curriculum. Gaps are created when programs don’t follow incremental steps, or when information is taught in an illogical sequence. Such programs don’t build sequentially upon the information the child has already mastered. These gaps can cause lots of problems for kids. Here’s why… 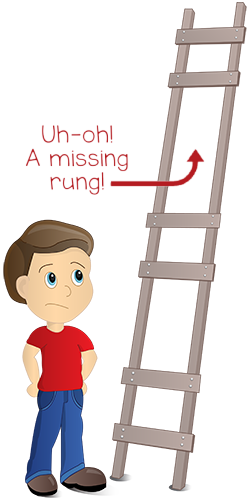 You’re in front of a tall ladder, and you’re expected to climb to the top. There’s a reward up there, and you’re excited to grab it. You don’t know it yet, but this particular ladder has a few problems. In fact, the ladder has some missing rungs. But it’s your job to climb it, so you begin.

Climbing the first and second rungs of the ladder doesn’t present a problem—the rungs are adequately placed, and you can put one foot ahead of the other. But when you lift your foot for the next step, you hesitate…because there is a gaping hole where the third rung should be. In order to take the next step, you have to really stretch. You have long legs and a strong upper body, so you can do it—but it isn’t easy. You make that big step and pull yourself up the ladder.

But wait! When you take the next step, you realize that there is another missing rung in the ladder. Good thing you are up to a physical challenge! Reaching and stretching, you eventually climb to the top of the ladder and claim your reward.

But What If You Can’t Overcome the Missing Rungs?

What if your legs aren’t long enough to stretch over the gaping holes? What if you don’t have the upper body strength to pull yourself up to the next rung? You will likely become discouraged and defeated, and may eventually give up. Should you be labeled as having a ladder-climbing disability for not being able to climb the ladder?

You may think it’s your fault that you can’t climb the ladder, but it’s not. The cards were stacked against you from the very beginning. The ladder wasn’t well constructed, so the designers of the ladder are to blame for the failure. The problem isn’t with you; the problem is with the ladder and its missing rungs.

A properly designed ladder makes climbing to the top possible—even for a person with challenges that would make climbing a faulty ladder impossible. 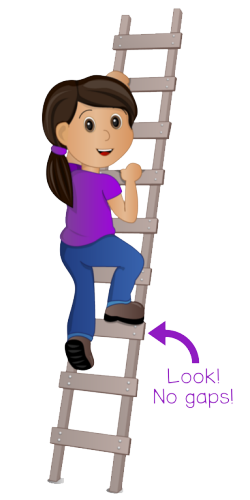 Each rung on the ladder represents an important concept that helps students get closer to the goal of fluent reading and spelling. If a rung (or concept) is missing, climbing (or learning) is harder than it needs to be. And as you can imagine…

…it’s much easier to climb a ladder that has all of its rungs.

But for many children, those missing steps present an insurmountable obstacle. Just like some people don’t have the physical makeup to climb a faulty ladder, some children aren’t wired to make the big jumps that many reading and spelling programs require.

Your Curriculum Choice Can Make the Difference Between Success and Failure

When I developed All About Reading and All About Spelling, I had a clear image of a ladder in my mind. I spent thousands of hours analyzing each and every step, making sure there were no gaps. I wanted every child to have the benefit of clear, concise, well structured, and fail-proof teaching.

All About Reading and All About Spelling teach through a research-based, logical sequence with NO GAPS. Both programs are “ladders” with precisely placed rungs that make it easy for your student to climb to the top, regardless of his age or ability. With this approach, kids can successfully climb to the top of the ladder—step by step by step—and reap the rewards of mastery in reading and spelling without all the struggles along the way.

I am a remedial teacher and my reading levels at all grades are deteriorating.

I’m sorry to hear this, Fazelene. You may find our 12 Reasons Teachers Love All About Reading and All About Spelling article helpful.

If you have specific questions, please let me know.

How do you help students who are in say 4th, 5th, 6th grade who have gaps? How would you go about helping them become proficient? I assume maybe you have a blog post on that already? I’d like a link to it 😊! Thx

Excellent question, Christina. However, we don’t have a blog post specifically about gaps older students may have in reading.

The issue is complex, as “gaps” could be such that they read fairly well but need more work in decoding unfamiliar words. However, “gaps” could also be struggling to read at all or reading years behind grade level. What we would recommend depends on each student’s unique needs.

We have placement tests for All About Reading that help determine which level students are ready to begin. Note, our levels are not grade levels, because the order of the words in AAR is not “grade-level” order. Students finishing All About Reading level 4, the final level of the program, have the phonics and word attack skills necessary to sound out high school level words (though younger readers may not know the meaning of all higher-level words yet). Word attack skills include things like dividing words into syllables, making analogies to other words, sounding out the word with the accent on different word parts, recognizing affixes, etc.

The reading program is very well done and organized. My 5 year old loves doing her lessons. I am so glad I found this program!!

Thank you, Lacey! I’m glad your child is loving the lessons.

I never imagined I would be able to teach my daughter to read, but AAR has made it so easy! We love the program so much!

Love to hear that All About Reading has helped you teach your daughter to read, Melissa!

We sped through most of the first level to review so she wouldn’t have any gaps. Just as I thought we didn’t need to do level 1, she hit a couple snags and we had to spend a little more time there. I was surprised that she did indeed have gaps! This resource has been so helpful!

Ashley,
Thank you for sharing your child’s experience with level 1 and filling gaps!

AAR has been so helpful for our kids, I’m shocked how quickly they’ve improved

Wonderful to hear, Karen! Keep up the great work!

We discovered gaps when we pulled our 3rd grader out of PS mid year. She has now completed level 1 and 2. And we are looking forward to 3 in July!

I really like the picture of the ladder to explain the gaps! I hadn’t thought of it that way. It makes a lot of sense why, for my remedial reader I need to start at the very beginning and fill in each gap.

I’m glad that analogy was helpful for you, AnnMarie. Let me know if you have questions or need help with placement or anything else.

This is exactly what kids need! I’ve been a public education teacher, but began homeschooling my kids this year. I have seen many gaps in so many kids. Thank you for putting the hours in to create a program to reach each individual child. I can’t wait to try it out!

Great to hear, Jamie! Let me know if you need help with placement or anything else.

My 8 year old is a decent reader and I was tempted to jump into AAR4. Fortunately, I erred on the side of starting with one level lower, AAR3, and am glad that I did. He is breezing through it so far, but it is also filling in a lot of necessary gaps that will help later on.

This is wonderful to hear, Michele! I’m very pleased that All About Reading is working out so well for your child.

Makes so much sense. AAR has been wonderful for my little ones.

Making sure a child understands something before moving on is so important. It makes me so sad for the kids that have gaps in their spelling and reading.

We love all about reading and all about spelling! My daughter finished level 4 in reading last month and she is a great reader!

My daughter has been struggling to learn her letters. This is why we chose AAR. She is doing so well with it.

I’m so glad we found this program!!

This is a very insightful article! We’ve seen the difference your systematic programs have made in our child’s life. My husband listened to him read a few nights ago with tears in his eyes because of all the progress that he has made!

This is touching, Kassi! Thank you for sharing your son’s progress with us. Keep up the amazing work!

I’m exited to try this out! I’ve only heard great things. I love the interactive nature of it. My oldest is 8 and my other child is 5 but since new to both would I start them both at Level 1? I’m guessing I’d need Level 1 & 2 since I think my oldest could pass the assessment.

Kayla,
Most students do start All About Spelling with level 1, but some are able to start with level 2. However, with All About Reading, students can start with higher levels if they are ready. It sounds like you have already found our placement tests, but if you have questions just let me know.

I wasn’t aware of this “ladder” concept for teaching spelling. Thank you for this article. It has given me a lot to think about in my homeschooling.

You’re welcome, Daniela. If you have any questions, let me know.

Can’t wait to try this program

I love that we can easily work at our own pace and not have any gaps in learning these important skills. Thanks for such a fantastic program.

You are so welcome, Beth.

We love this program. Thank you for the no gap approach.

I feel like my older son has gaps. I’m trying to avoid that with my younger one now.

All About Reading helped my 8 year old finally start reading!