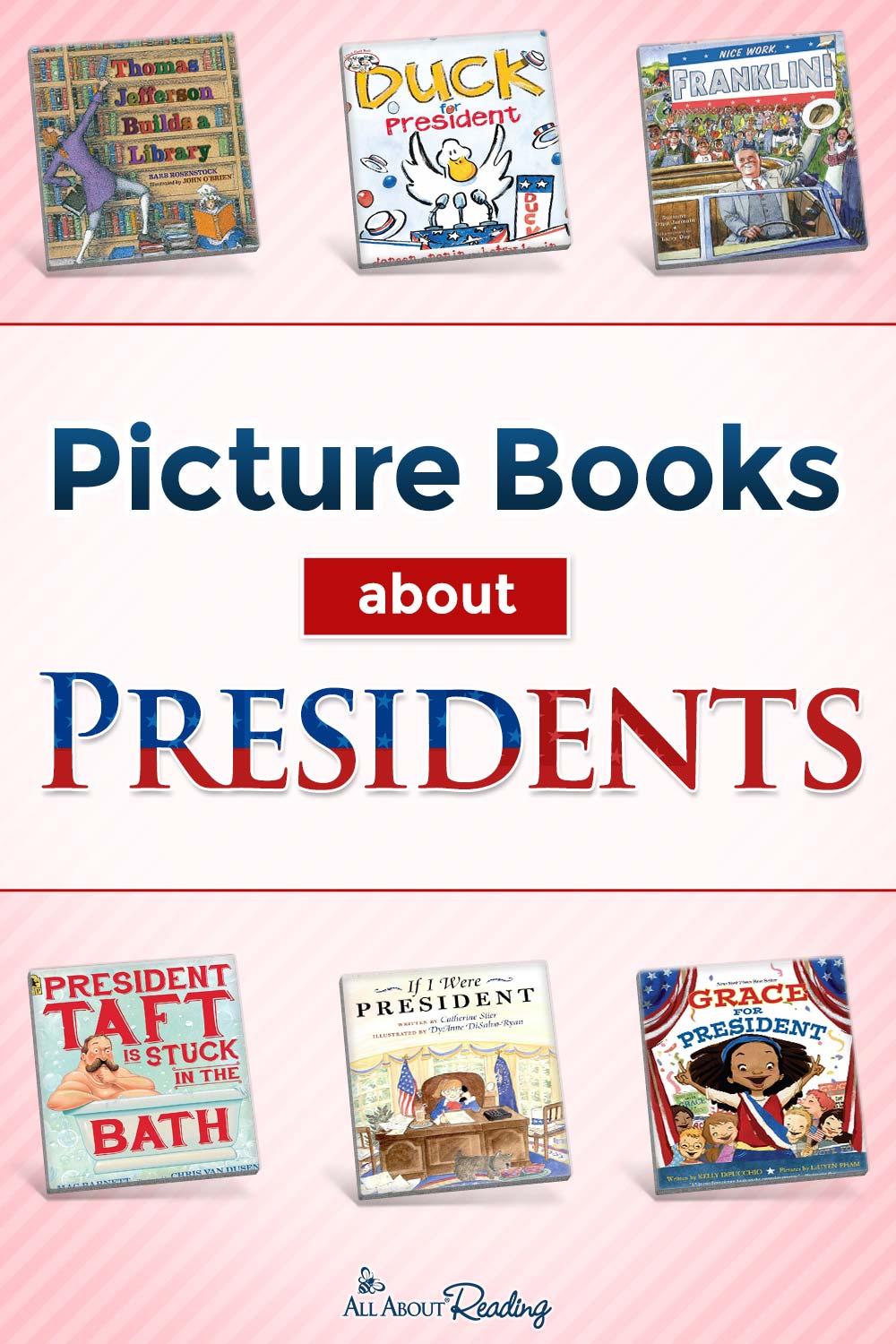 Did you know that President Taft was so big he needed to have a jumbo-sized bathtub installed in the White House? Or that George Washington’s first set of false teeth were made out of hippopotamus ivory? If your kids think history is boring, these books just might change their minds! 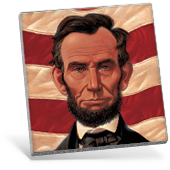 Abraham Lincoln’s life was shaped by the words he read. And when he became the president of a troubled country, those words shaped his presidency and the course of a nation. 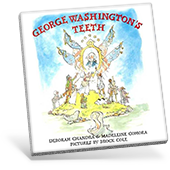 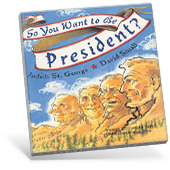 So You Want to Be President?
by Judith St. George

In So You Want to Be President, Judith St. George reveals the idiosyncrasies that show our presidents were ordinary people, and invites readers to compare themselves to these famous men. 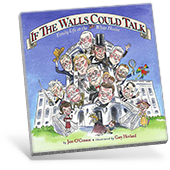 If the Walls Could Talk
by Jane O’Connor

Jane O’Connor’s informative text, inspiring quotes, and hilarious stories from some of the White House’s most famous residents remind readers that the White House is more than just a house—it’s a home.

Looking at Lincoln
by Maira Kalman

Looking at Lincoln is an endearing patriotic tribute to one of the United States’s most beloved presidents. In its unique style, the book reveals much about the man, his family, and the ups and downs of his life and presidency. 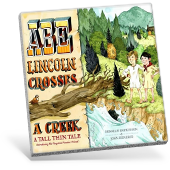 Based on a true story, Abe Lincoln Crosses a Creek turns a slice of history into a tall tale, providing readers with an unusual (and amusing) glimpse into the childhood antics of one of history’s great men. 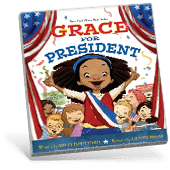 Grace for President
by Kelly DiPucchio

Grace is shocked when she learns that there has never been a girl President of the United States—ever! So, she sets out to change that, and the first step is winning her school’s election. But can she win more votes than the most popular boy in school? 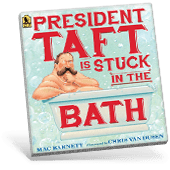 President Taft Is Stuck in the Bath
by Marc Barnett

President Taft probably didn’t want to be remembered for getting stuck in the bathtub—but that’s the (possibly fictional) event retold in this laugh-out-loud picture book! No one can figure out how to free him. Can his wife find a way before it’s too late? 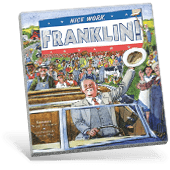 Franklin Roosevelt is a determined man: determined that polio will not stop him from becoming president, and determined to be the best president he can be. But is determination enough to help him rescue the entire country from a terrible problem? 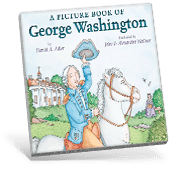 A Picture Book of George Washington
by David A. Adler

Everyone’s heard of George Washington—but do you know what his life was like? This picture book provides a glimpse into the fascinating world of colonial America and shows how a great man rose from humble beginnings to become the very first President of the United States. 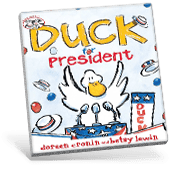 Duck for President
by Doreen Cronin

On Farmer Brown’s farm, things don’t always go as smoothly as Duck thinks they should. In fact, Duck thinks he could run the farm BETTER than Farmer Brown, so he decides to run for president … of the farm! But that’s only the beginning of his journey into politics—and into trouble! 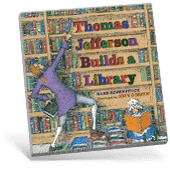 Thomas Jefferson has always collected books. But not everyone has access to as many books as he does—and he is determined to change that. Learn how the Library of Congress came to be and how Thomas Jefferson worked to make it the best (and biggest!) library in America. 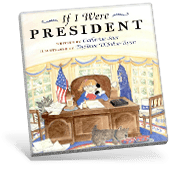 If I Were President
by Catherine Stier

What would life be like if you were president? In this picture book, several children imagine exactly that! They know the job isn’t all fun and games—there’s serious work to be done—but they all agree that being president is definitely something worth dreaming about!

Do you have a favorite picture book about presidents? Please share it in the comments below and I’ll add it to our Readers’ Picks box!

Can’t wait to look at some of these books!

Cute! It is always fun to make history more interesting!

My daughter loves presidential trivia! I’ll have to look for these books at the library!

I hope you find a lot of them for your daughter to enjoy, Tara!

I am so excited to read some of these books with my daughter about the presidents!

I hope you find lots to enjoy in this list, Jennifer!

I can’t wait to get to thelibrary and check out several of these books! This is the best way to learn history in my opinion.

This is a great resource!

Thank you! I’ve been looking for some good American History picture books. My son, who is seven and definitely a tough sell on curriculum, loves All About Reading, and so do I! We started using it last spring, starting with level 1, after jumping around from one curriculum to another for a bit. He flew through Level 1 mostly over the summer. Now we are on level 2, soon to move into Level 3 . My daughter, who is 4, has finished up your Pre-Reading program and is beginning to successfully decode words. We couldn’t be happier with your curriculum!

Liea,
I love that All About Reading gets your seven-year-old’s approval! It’s always great when the teacher and parent is happy with a curriculum but even better when the student is happy as well. ?

I’m in NZ and have just discovered the All About Reading programs. Loving what I’m learning and can see the benefits of a multi sensory teaching approach to many kids particularly those with learning challenges.

Love love love book lists! Cannot wait to take this to our local library. Thanks for sharing.

Thank you so much for putting this list together! I have been looking for age appropriate books especially in regards to presidents for my children. I am a new homeschooler and every resource list is a treasure at the moment as it allows for me to spend more time with my child.

You’re welcome, Jessica! I hope you and your children have a lot of fun with these.

These look like great resources! I can’t wait to try them!

Love these recommendations! We’ve already read President Taft is Stuck In The Bath. The kids love how silly the story is!

We have enjoyed many of these and my children probably know more random facts about Presidents than I did at their ages.

Marisa,
I love when that happens! I love when my kids are more informed and better educated than their parents.

Thank you for these resources!

Thanks for this list! My older one enjoyed George Washington’s teeth, whereas I cringed in imagined sympathetic pain while reading it.

I know what you mean, Lydia! However, I’m glad to hear your child enjoyed the book.

These suggestions are amazing. Thank you.

I’m wanting to start teaching my kids age 1-5 all about presidents and this list of books will be perfect to bring history to life! Thanks for posting!

You’re welcome, Ali! I hope you and your kids enjoy learning about presidents.

My kids got a copy of Duck for President in a chick fil a kids meal and they thought it was so funny!

I love these suggestions for Presidents Day! And we love All About Reading!

Love the extra resources you provide! So helpful with our homeschooling journey!

Love these kinds of posts! So helpful!

Great List!! Excited to print off and use in our library! Thank you!

These books would be perfect to add to our states/presidents study this year!!

Great choices in literature! I love finding books that teach the kids as well as enhance their reading skills