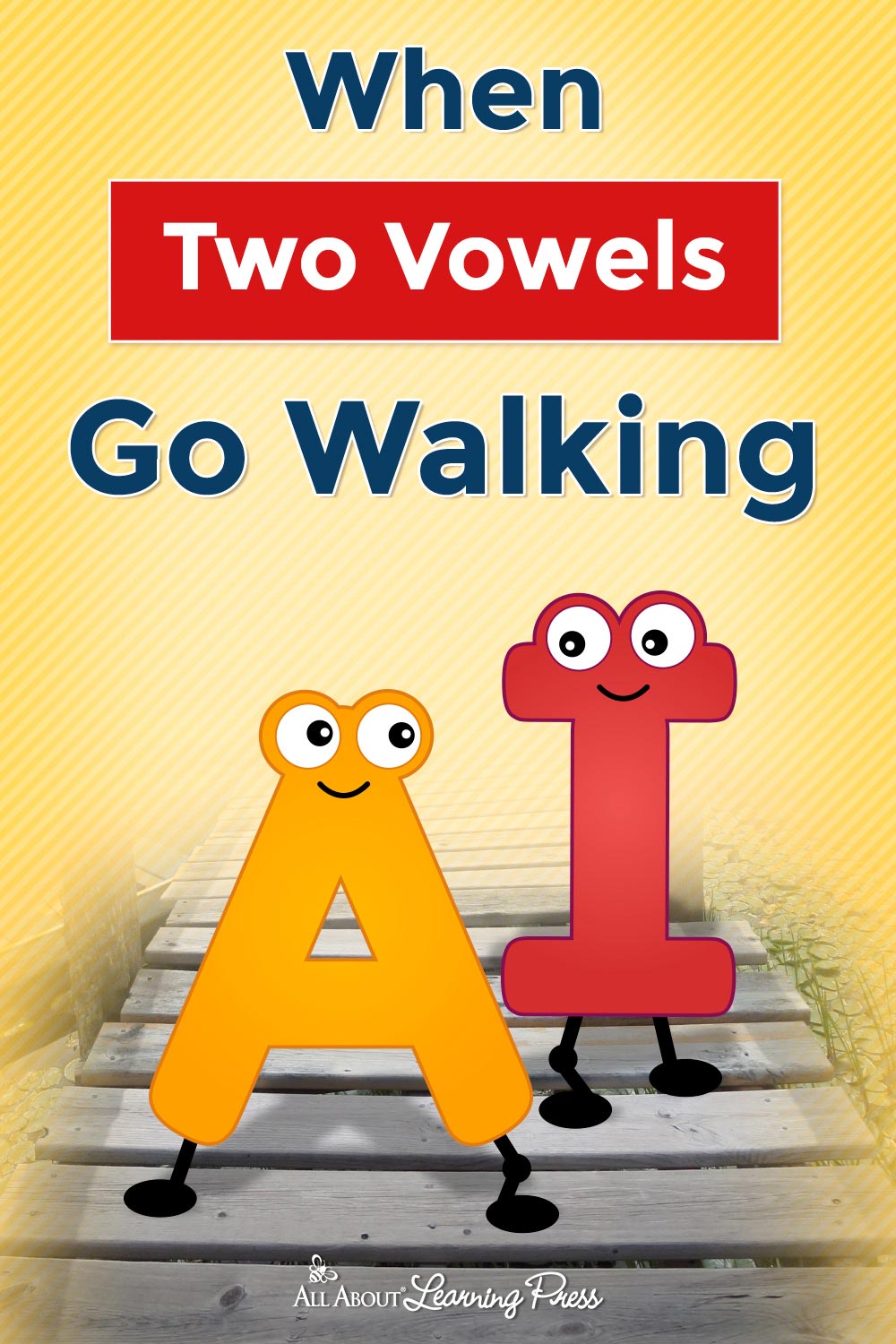 Catchy rhymes can be a fun and easy way to remember some of those pesky phonics rules. Have you heard of this one?

When two vowels go walking, the first one does the talking.

It’s a cute rhyme that’s easily remembered, and most teachers simply take it for granted that it is true, especially if their phonics program includes the rule as fact. And for the sake of convenience, it would be wonderful if this rule were true—teaching reading and spelling would be much simpler. But this “rule” is actually false 60% of the time. 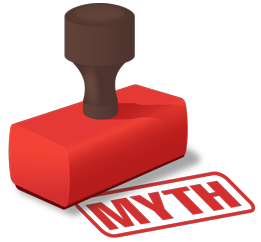 This is not to say that the rule is entirely invalid. There are many cases in which two vowels “go walking,” including ai, au, ea, ee, ei, ie, oa, eo, oi, oo, ou, and ui. And when a pair of vowels appears in a word, it is often the first vowel that “does that talking,” as represented in words like green, sea, hair, coat, clean, rain, and peach.

However—and this is the important part—these same vowel teams also exist in many words that don’t follow the “when two vowels go walking” rule, including good, about, earth, bear, noise, author, and friend.

Instead of relying on the incorrect guidance of this (fake) rule, teach your students the sounds of the letter combinations (called phonograms). Your student will learn important and fundamental concepts, such as ai says /ā/, au says /aw/, oa says /ō/, and oi says /oy/. This knowledge will give your students some real tools to work with—and there will be nothing to unlearn later! 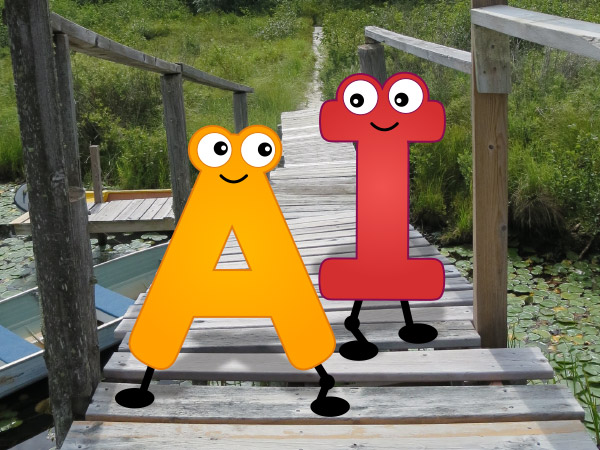 Were you ever taught that “when two vowels go walking, the first does the talking?”

Thank you for sharing.

So good! I have 4 kids, 3 went to public school for kindergarten/1st grade. Only 1 of them was taught phonograms in school. He has such a better sense of words than my older two, it’s crazy words he can figure out. When we decided to homeschool my youngest was starting kindergarten and I knew I had to find the same approach. Now we’re finishing up AAR3 and I can’t believe how simple and fun and successful it’s been!!

Thank you for sharing your observations on what a difference phonogram knowledge can make to children, Sarah! I’m pleased to hear your youngest is doing so well with All About Reading!

Thank you this is Nice

I have a kindergarten boy who has a short attention span but he loves technology! Sometimes he likes the cute rhyming songs and sometimes he’s “too big” for those. Any suggestions?

Raquel,
We don’t really have rhymes for reading and spelling rules, but we do have some cute posters! Check them out and see if your boy will like them. Spelling Rules Posters.

This is so good. Another reason to leave public school

This!!! So true! No wonder we still get confused on spelling certain words and have to think of special songs or rhymes we came up with to remember the correct spelling of particular words.

Or I before e, except after c. Quite a few words that one doesn’t apply to, either (weight for example).

Nikki,
Yes, this rule as it is usually taught is not reliable. However, All About Spelling limits the rule to only the sound of long E. “When the sound is /ē/, it is I before E except after C.” When you exclude all other sounds (long A, short E, etc.), the rule is very reliable with only 10 common exceptions (and either is one of them). AAS teaches these exceptions in two silly sentences that make them easy to remember.

Oh yes, I remember learning this rhyme as a student! This makes so much more sense! Thank you for your helpful teaching tips!

I had noticed that already. Thanks for clarifying it! Great advise!

“Advice” is correct here. “Advise” is pronounced “advize” and is a verb.

Personal names with certain nationalities may pronounce differently. Our name is from German decent, Waiser, but we pronounce the second vowel, “i” as with my maiden name. I had the “ie” after the first consonant and we pronounced the “e”. I’ve been told it’s a German thing.

Interesting, Jana. Yes, we have to remember that words from other languages will follow other rules. (I have been told that it is a fairly reliable rule in German that when there are two vowels together the first is silent and the second is long.)

But names! Name can break every rule and pattern. Not only do people happily come up with new and unique spellings for the names of their children, but traditional spellings are often odd as well. Why does Thomas have an H? Shouldn’t Robin have a double B to protect that short O? Why does Anne have a silent e (some of the time)? Sigh.

I have used this rhyme many times. I was surprised how often it is wrong, and I am glad I read this post. Thank you

Yes, and I’ve been guilty of teaching it along with experiencing frustration when it isn’t helpful. I’m so glad to know this alternative now. Thank you!! 🤯

I’m glad this alternative will be helpful, Sylvia! You’re welcome.

Thanks for the great tips!

Thanks a lot for this

Love the phonogram tip. I can’t wait to see more blogposts like this one!

Glad you like it, Jennifer. If you aren’t already, you may consider signing up for our weekly email newsletter so you never miss a blog post!

Wonderful explanation. Thank you for the resource!

This is so true! Just when you think your emerging reader has their long vowel words down…the English language throw a curveball!

This is so true! I have learned to only say “two vowels go walking” when it is actually true. In other cases I say what does this special sound say?

April,
One possible issue with using the rule even when it does apply is that young readers won’t be able to independently know when it applies and when it does not. Learning the sounds that every vowel team can possibly make and bypassing this rule altogether allows learners to be more confident without help.

Yes, I agree. I should’ve elaborated more on teaching the vowel combinations and breaking it down that way. Thanks for info.

That was very helpful

I just discovered AAR and AAS and I’m excited to learn all I can to help my son!

Good to know! I’m just starting out with AAR, and this is something we’d heard with what we’ve used previously.

Such great information! The 2 vowels go walking phrase is a hard one to forget, I was surprised to learn how often it is incorrect.

The fact that 57% of the time, it does not follow this “rule” was very eye opening to me!

It was to me too, Ashley! I loved how easy this “rule” was, but when I found its unreliableness made reading more difficult for my child, it had to go.